Giulio Iacchetti and Matteo Ragni have been working with the Montini foundry since 2006. In that time they have designed drains and manhole covers for public as well as private spaces. These products have a market of their own and it is interesting to note that the company has decided to add an element of design to them. This is perhaps the first time that such a thing has happened in this industrial sector. The work of design has focused almost totally on the surface finish of cast-iron manhole covers. The objective, despite the narrowness of the range, was to avoid an operation which involved mere graphic decoration. Every manhole cover tries to tell a story. For example, the one with footprints of birds is for use in public parks and gardens. With others the designers have set out to make the very idea of the material visible: they have used nodular cast iron, a special alloy used by Montini that is made even harder through treatment of the surface. This is the case, for example, with the manhole cover which carries a drawing of a sphere and the one decorated with a photographic enlargement of the physical structure of the material. There are just four motifs, but they are produced in large numbers and once installed no one will wonder about who has designed them. This is a clear demonstration of the power of design. (Abitare n°527) 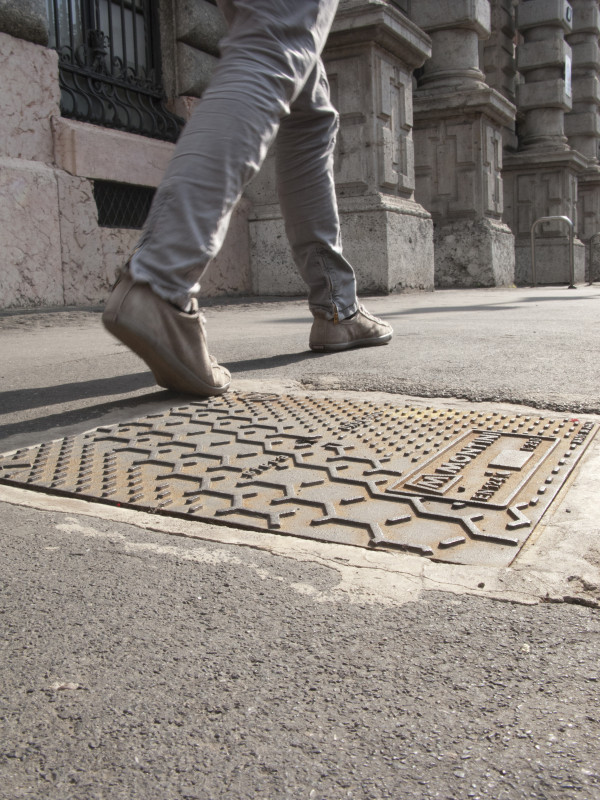 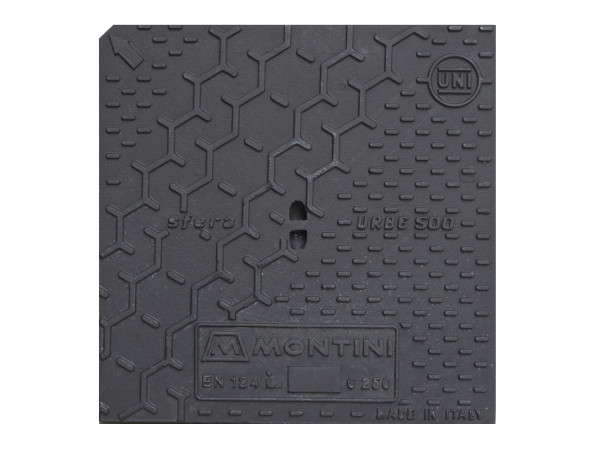 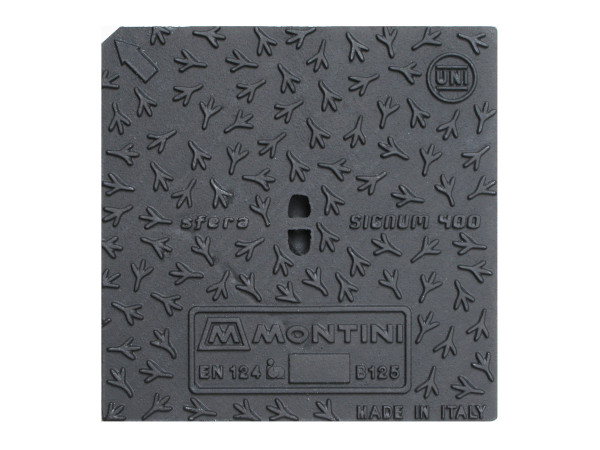 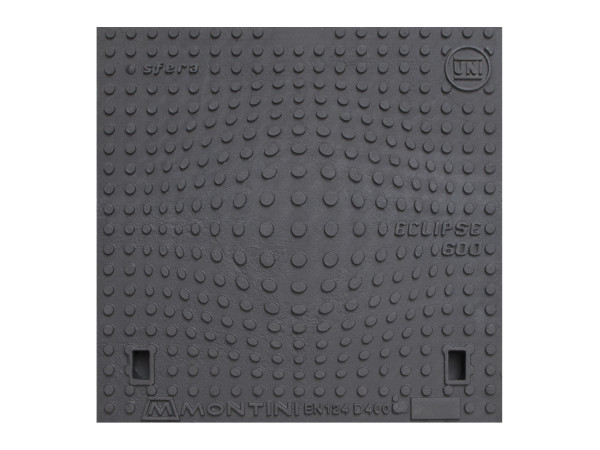 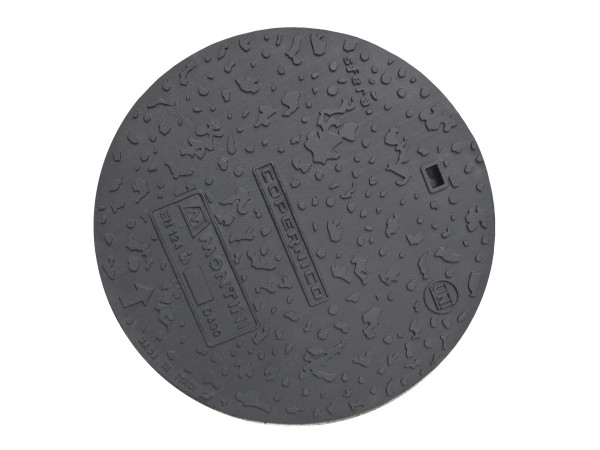 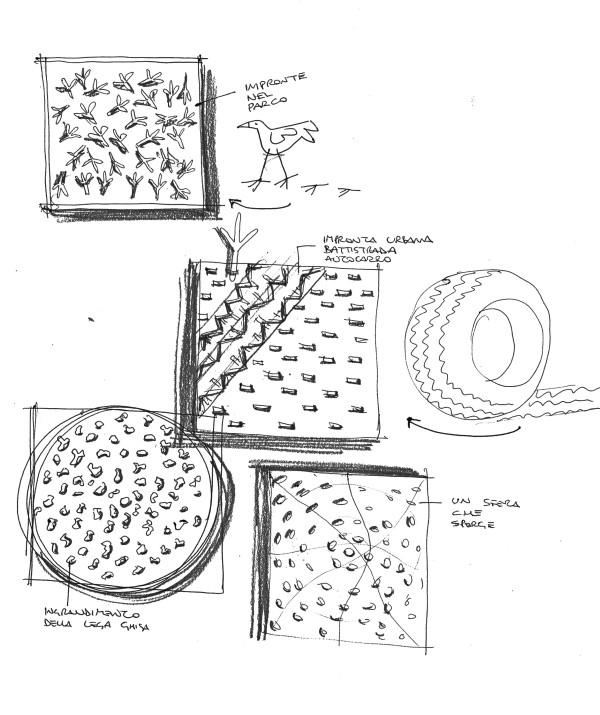