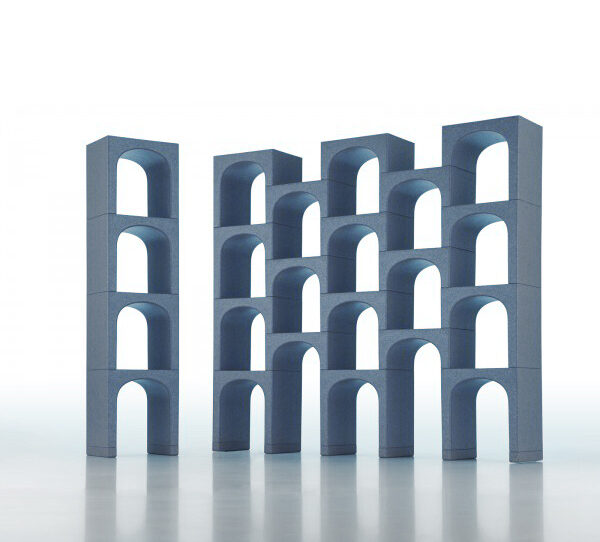 Elements in expanded polypropylene are stacked and adjoined to compose a shelving system, creating a series of superimposed arches. Thanks to its modularity this system can expand endlessly both upwards and sideward. EUR reminds expressly of the famous “Square Colosseum”, that is the Civilization Building in the EUR quarter in Rome, a building with clear Rationalistic features, which was developped as one of the projects for the 1942 Universal Exposition in Rome, which on the other hand was never held because of the Second World War. 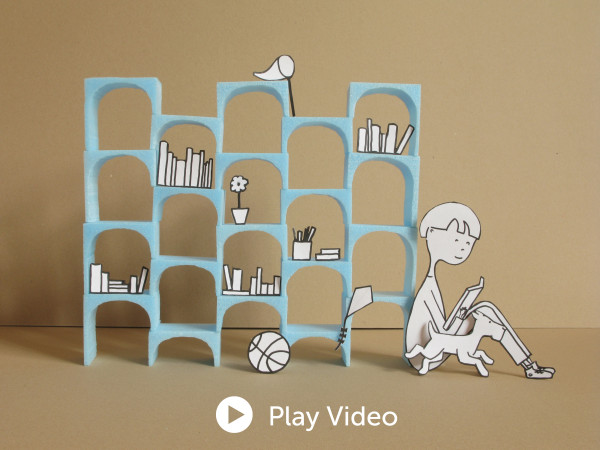 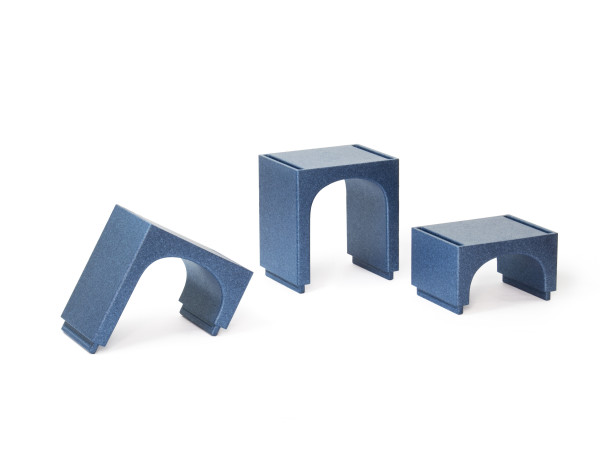 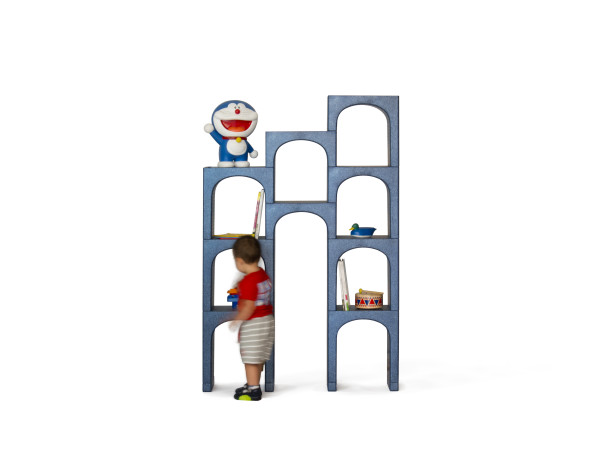 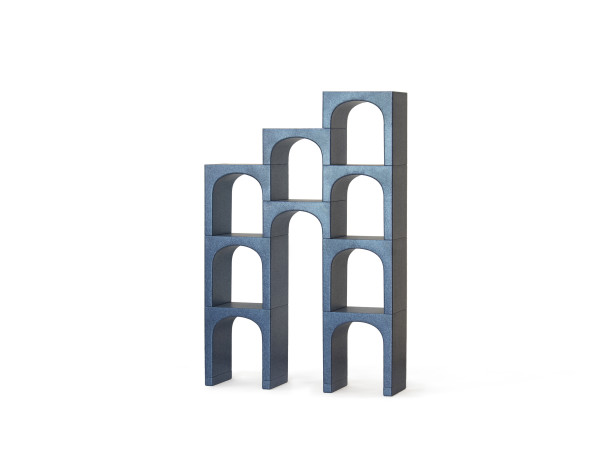 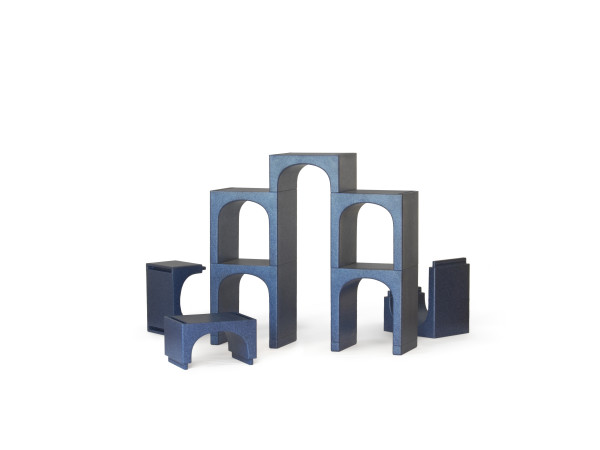 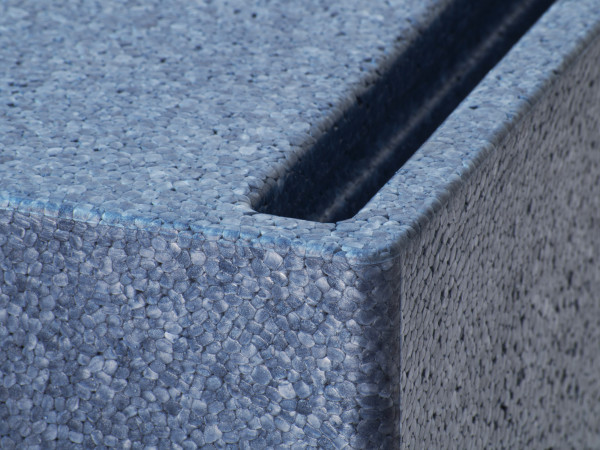