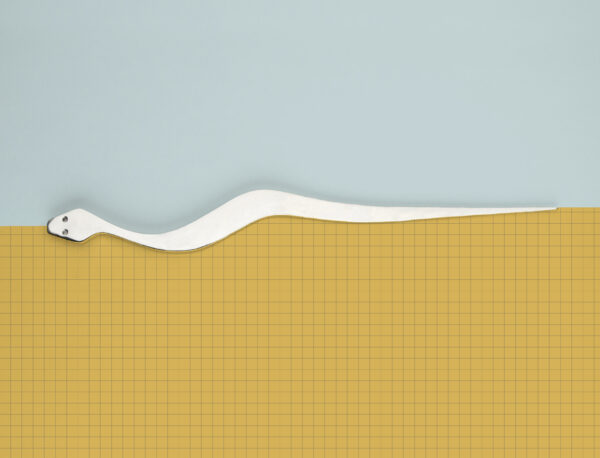 “With this letter opener named Bis (meaning snake in the Lombard dialect) it is appropriate to say that good things always come in threes. Our Giulio’s sculptural delicacy is once again embodied in the same typology that has already established itself brilliantly with the previous letter openers, Uselen and Pes (respectively bird 2011 and fish 2012).” (Alberto Alessi) 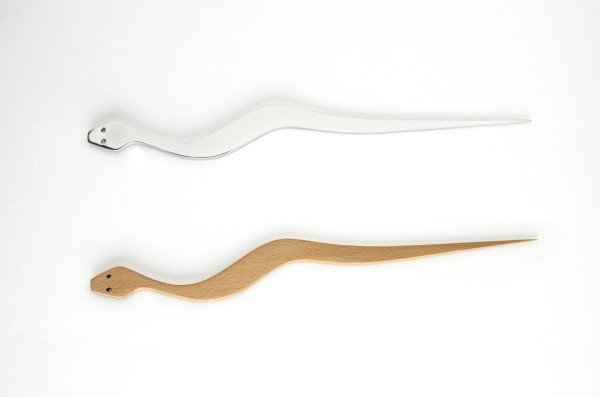