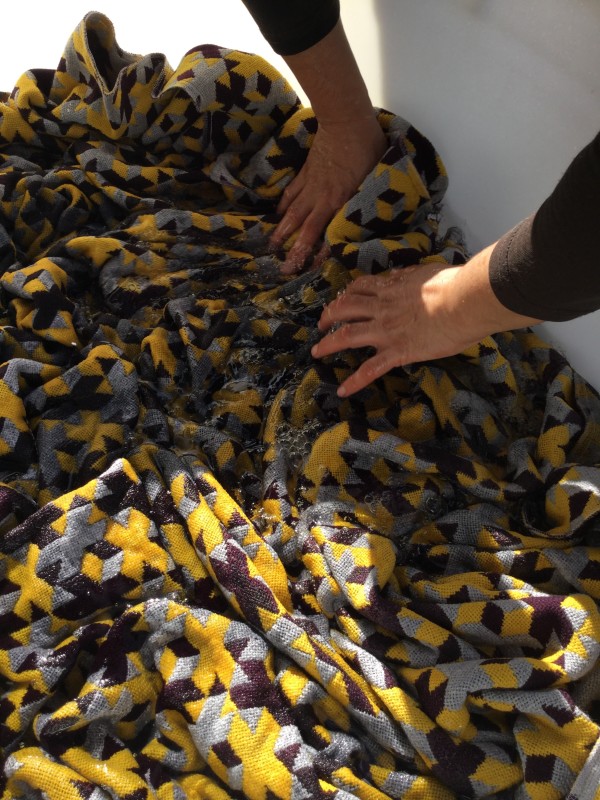 A woolen blanket whose pattern reproduces a Greek cross based on the footprint of the Cattolica di Stilo (the official name of a small Byzantine church in the province of Reggio Calabria), set into the slope of Monte Consolino in Calabria. The very vivid 3D effect is provided by the Jacquard weaving technique known as “triple” because thanks to the use of a warp of three colors (plum, pearl, yellow) and the insertion of an identical sequence of colors in the weft, the threads intertwine to form three layers of fabric, for a final effect of solid color. The theme of the (Greek) cross and its reiteration in space is also the metaphor of an inner voyage in Calabria, where one absorbs sensations of both suffering and joy. Marvelous landscapes alternate with wounds inflicted on the land. 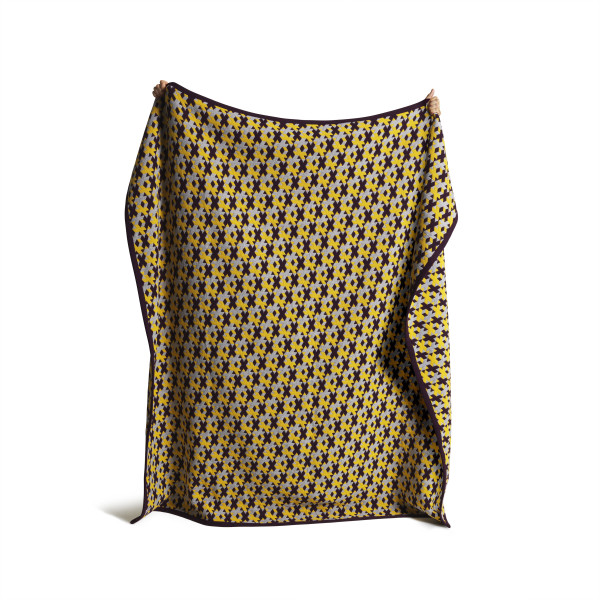 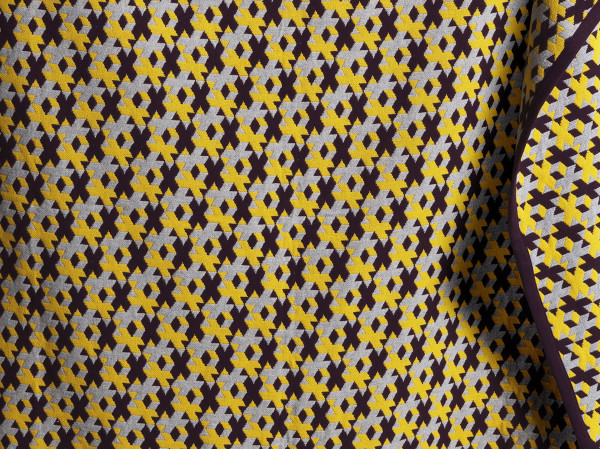 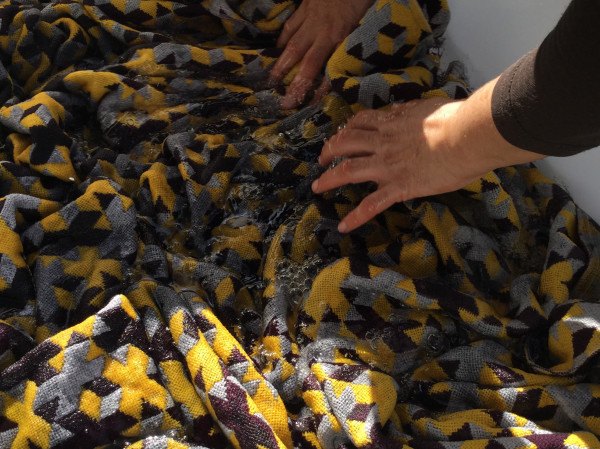