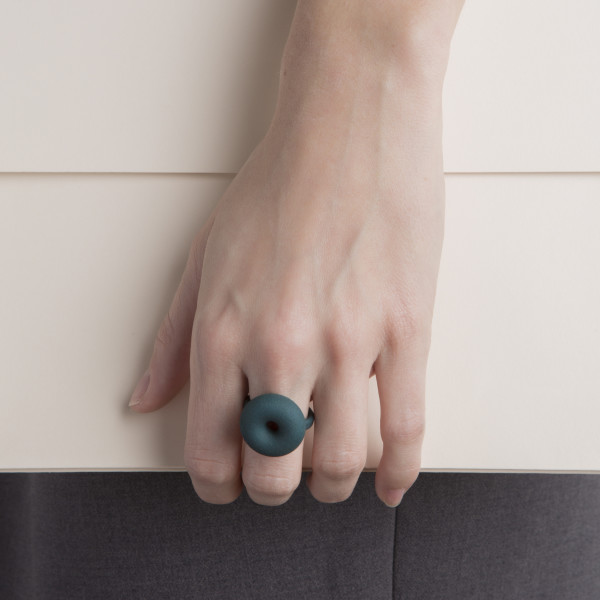 Kalikon by Maison 203 is inspired by the quick wit of the most ordinary and day-to-day objects. The project is based on a simple yet unexpected mechanism that reveals hidden intelligence which, through 3D-print, shapes aesthetics and function, geometry and movement, fashion and mechanics. In fact, Kalikon intrinsically carries out the production process that is typical of 3D print, i.e. it synchronously generates all the elements of the object without the need for final assembly: from here the idea of a chain of elements – made of hollow rings – that are created already linked by spherical joints, to generate an extremely flexible structure whose sole fixed point lies in the mechanics of the jewel. 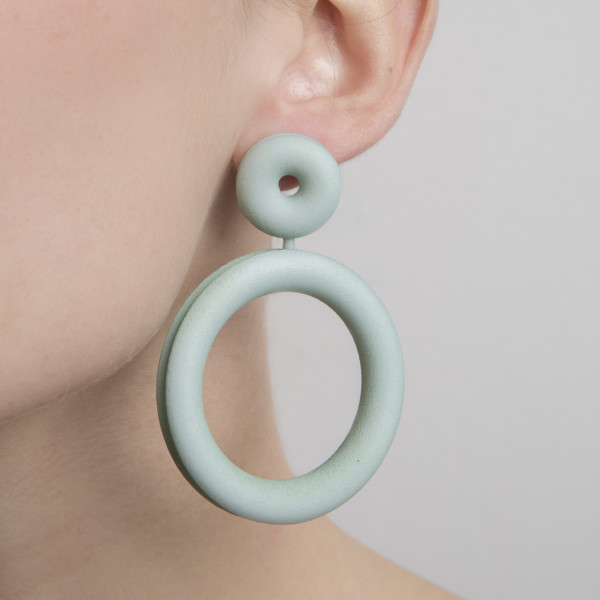 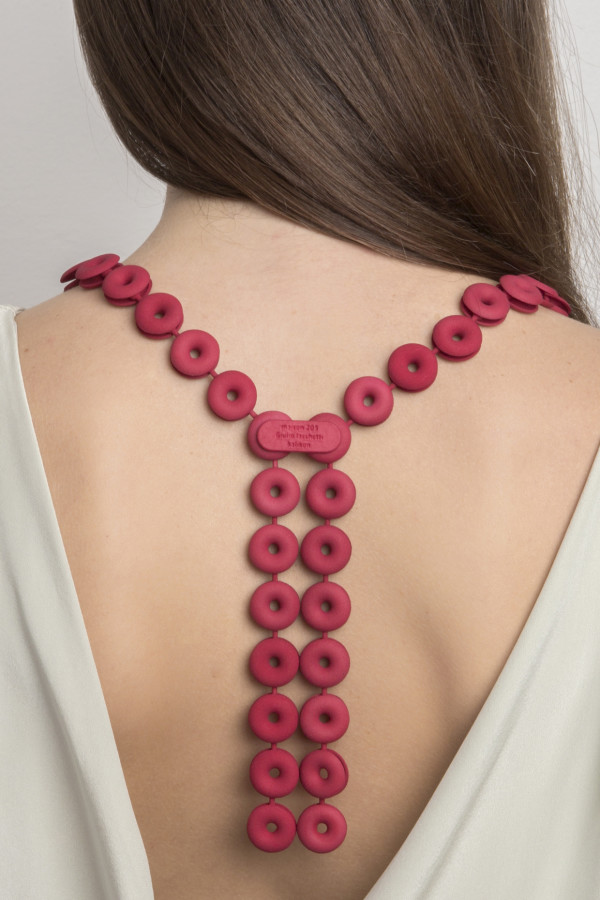 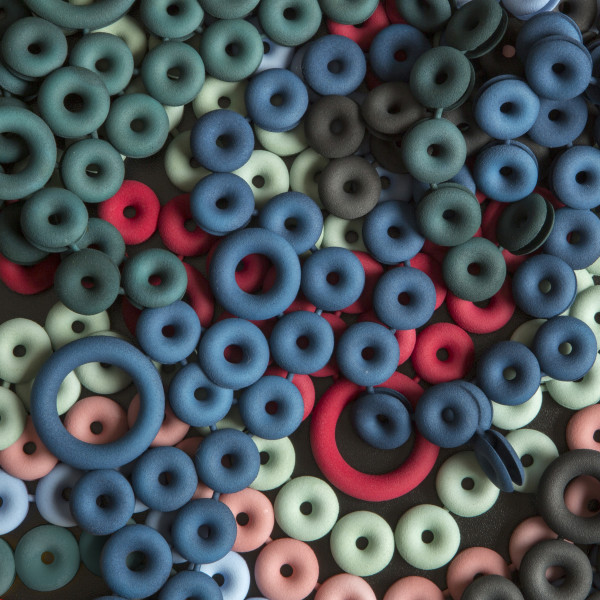