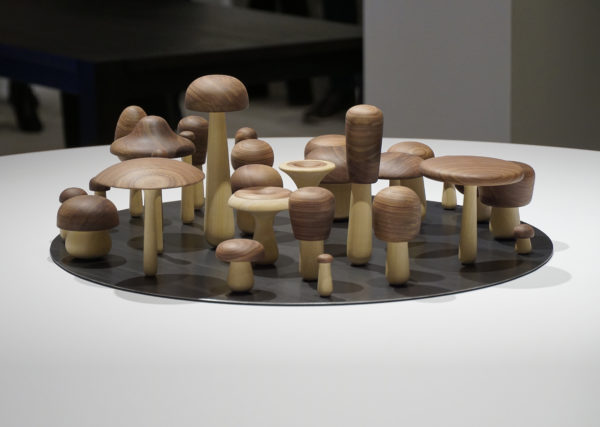 Giulio Iacchetti claims the matter of fungi has been lurking in his mind since childhood, when he recalls frequent bouts of enchantment while observing the wooden mushroom that adorned the neck of a bottle of a famous brand of grappa. A useless item but one that served to make an object “friendly” even for a child, a bottle that while performing its humble task as a container hinted at being something more. Today that vaguely remembered image has come alive, transforming into a landscape of mutant forms that might be seen as a pretext to investigate the essentially organic quality of a family of forms. The free translation of an archetypal image that turns out to be familiar, accessible, maybe even banal.
In the proliferation of minor differences, the mushroom form is such a clearly defined type that it can give a name to an infinity of other shapes: from the atomic mushroom cloud to the Torre Velasca, which not by chance is one of the most famous features of the Milan skyline.
The fact that Giulio Iacchetti has engaged in this sculptural transposition – which has led him to put together a set of natural forms removed from their context and organized in an organic system – represents a way of belonging to that type of formal research a designer needs in order to experiment with his own language: research of a linguistic nature that gathers reflections around something useless, starting with codified forms. 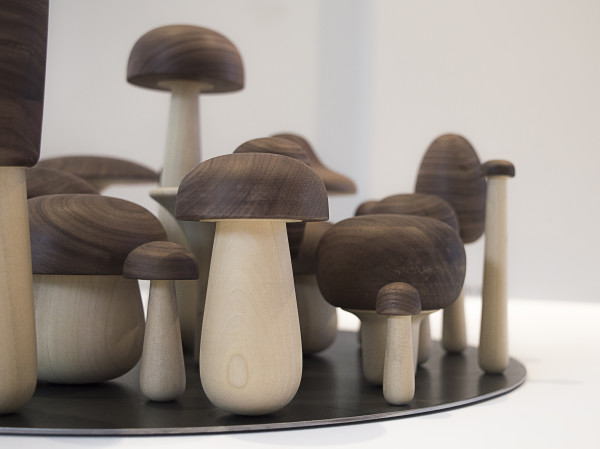